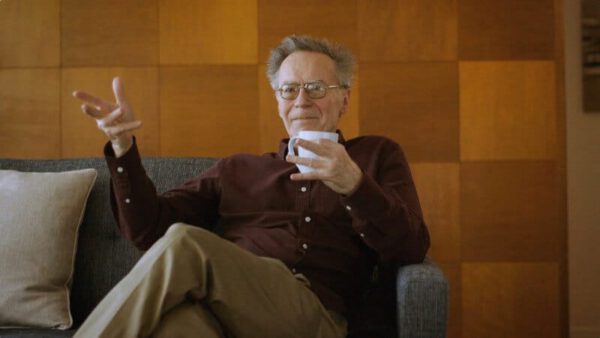 “Penetrating red light is possibly the fundamental anti-stress factor for all organisms. The chronic deficiency of such light is, I think, the best explanation for the deterioration which occurs with aging. Enzyme changes, free radical changes, structural and respiratory changes are all involved as consequences of darkness stress.” – Ray Peat

“It turns out that the meaning of “excess estrogen” has to be interpreted in relation to the balance of estrogen (and the multitude of factors which mimic estrogen’s effects) with all of the antiestrogen factors. I have concentrated on thyroid, progesterone, and red light as the most important factors that protect against estrogen, and these all turn out to be protective against stress, shock, ionizing radiation, free radicals, lipid peroxidation, thymic atrophy, osteoporosis, arthritis, scleroderma, apoptotic cell death, and other problems that are involved in tissue degeneration or aging.” –Ray Peat

“Subnormal temperatures cause a shift from phagocytosis to inflammation. Light, especially the red light which penetrates easily into tissues, activates the formation of new cells as well as their differentiation. It affects energy production, increasing the formation of mitochondria, and the activity of the DNA methyltransferase enzymes. Red light accelerates wound healing, and improves the quality of the scar, reducing the amount of fibrosis.” – Ray Peat

“(Chemically, the meaning of “a pigment” is that it’s a chemical which selectively absorbs radiation. Old observations such as Warburg’s, that visible light can restore the activity of the “respiratory pigments,” showed without doubt that visible light is biochemically active. By the 1960s, several studies had been published showing the inhibition of respiratory enzymes by blue light, and their activation by red light. The problem to be explained is why the science culture simply couldn’t accept crucial facts of that sort.)”
– Ray Peat

“Cytochrome oxidase is one of the enzymes damaged by stress and by blue light, and activated or restored by red light, thyroid, and progesterone. It’s a copper enzyme, so it’s likely to be damaged by excess iron. It is most active when it is associated with a mitochondrial lipid, cardiolipin, that contains saturated palmitic acid; the substitution of polyunsaturated fats lowers its activity. Mitochonrial function in general is poisoned by the unsaturated fats, especially arachidonic acid and DHA.” – Ray Peat

“The pituitary hormones, especially prolactin and TSH, are pro-inflammatory, and darkness increases TSH along with prolactin, so to compensate for a light deficiency, the pituitary should be well-suppressed by adequate thyroid. Armour thyroid or Thyrolar or Cynoplus, Cytomel, would probably be helpful. (Eye-drops containing T3 might be a way to restore metabolic activity more quickly.) Limiting water intake (or using salt generously) helps to inhibit prolactin secretion. The saturated fats protect against the body’s stored PUFA, and keeping the blood sugar up keeps the stored fats from being mobilized. Aspirin (or indomethacin) is generally protective to the retina, analogously to its protection against sunburn. Adequate vitamin E is extremely important. There are several prescription drugs that protect against serotonin excess, but thyroid and gelatin (or glycine, as in magnesium glycinate) are protective against the serotonin and melatonin toxicities. Copper and magnesium deficiencies predispose to retinal damage. Red light is protective, blue light (or u.v.) is harmful, so wearing orange lenses would be helpful. Progesterone and pregnenolone, by reducing the stress reactions, should be helpful–in the eye diseases of infancy and old age, as they are in the respiratory distress syndromes.”– Ray Peat

“When the body temperature is very much below normal, mental functioning is seriously limited. I think the first question that should be asked about a demented person is “is this the cold brain syndrome, or is something else involved?” When it is known that the brain has shrunken drastically, and filled up with plaques and developed gliosis, we know that something more than a “cold brain” is involved, but we don’t know how much function could be regained if the hormones were normalized. Every moment of malfunction probably leaves its structural mark. Early or late, it is good to prevent the functional errors that lead to further damage, and to give the regenerative systems an opportunity to work. Before the final “calcium death” described (above) by Fujita, there are many opportunities for intervening to stop or reverse the process. The older the person is, the more emphasis should be put on protective inhibition, rather than immediately increasing energy production. Magnesium, carbon dioxide, sleep, red light, and naloxone might be appropriate at the beginning of therapy.”– Ray Peat

“While treating the symptoms with cortisone for a short time, it is important to try to learn the basic cause of the problem, by checking for hypothyroidism, vitamin A deficiency, protein deficiency, a lack of sunlight, etc. (I suspect that light on the skin directly increases the skin’s production of steroids, without depending on other organs. Different steroids probably involve different frequencies of light, but orange and red light seem to be important frequencies.)” – Ray Peat

“Even ultraviolet light can produce electronic excitation and bystander effects that destabilize cells, but, unlike gamma rays and x-rays, ultraviolet light doesn’t penetrate deeply into the body. In visible light, it is only the red component that can pass deeply into the tissue, and it happens that red light is able to “quench” many excited electrons, restoring them to their normal resting or ground state. In a solid material,such as a seed or hair or bone, excited electrons will persist for a long time (hours in the seed and hair, years in bone), but with a brief exposure to red light, they will return to their normal state. This beneficial effect of the red component of sunlight helps to keep plants from being sunburned. If the red light is removed from sunlight, even the blue light by itself is quickly toxic to their mitochondria. During the night animals’ respiratory enzymes lose some of their effectiveness, possibly from the effects of random lipid peroxidation, and red light restores their activity.” – Ray Peat

As you can see, red light is life.

We would like to thank Ray Peat for his tremendously life changing work and showing  us how important red light is for life.