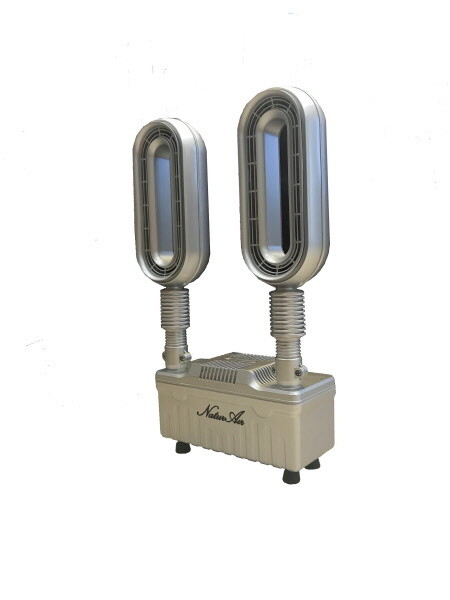 *Please consider this information before purchasing the Titan version.

The Twin Air Titan Negative Ion Generator is NOT for regular home use. This unit is for large open areas like yoga studio's, gyms, offices, etc.

The new Titan series emits trillions of negative ions a second while producing no ozone and no positive ions. It has almost double the output of the Twin Air Pro.

Please do not purchase if you are new to negative ion generators or who have not owned at least a Twin Air Pro.

It cannot be used in the same area as electronics and will require AT LEAST a 3 feet of clear space in every direction. Electronics should be nowhere close!

Unit is almost silent, however, you will occasionally hear the "crackle" as the Titan floods the air with negative ions. No other unit on the market comes close to the incredible amount of negative ions produced the by the Naturair Twin Air Titan.

***Please make sure you read all instructions carefully to get the most out of your ionizer. The negative ion generator must have clear space around each side of at least 3 feet and must face the open air so the ions can flow freely. Ionizer should not be placed within several feet of electronic devices like laptops and tv's and the front should not directly face them up to a distance of 12 feet.

This is an incredibly strong ionizer, if not placed in the correct area it can cause static shocks and also burn out electrical equipment while also causing excess ozone. Placement suggestions must be followed!

Do NOT follow this link or you will be banned from the site! Call Now