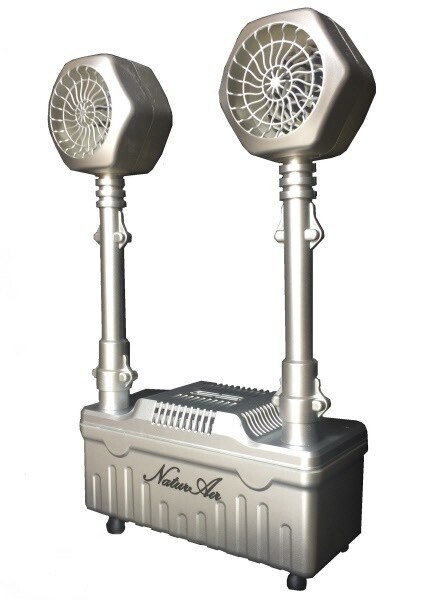 ***Please make sure you read all instructions carefully to get the most out of your ionizer. The negative ion generator must have clear space around each side of at least 10 inches and must face the open air so the ions can flow freely. Ionizers should not be placed within 3 feet of electronic devices like laptops and tv's and the front should not directly face them up to a distance of 6 feet.

This model(Twin Air) is most optimal for smaller rooms and also rooms where there might be concern of other electrical devices. Even though this unit puts out less ions then the pro unit, it is incredibly strong compared to many ionizers on the market. No ionizer comes close to releasing the immense amount of ions in this price range.